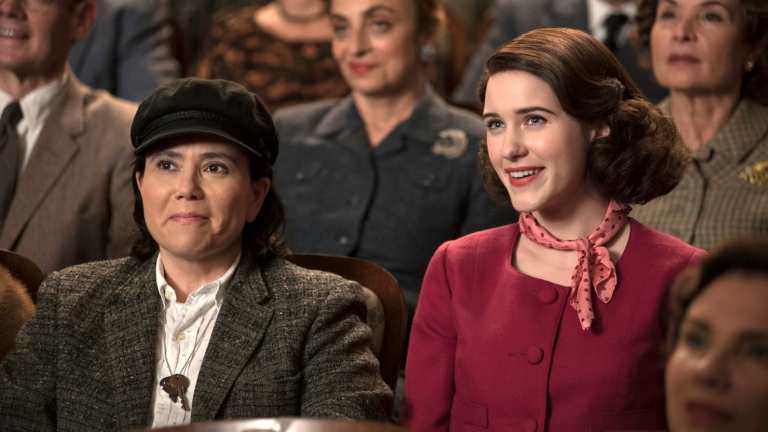 There were a few things I didn’t like so much, but overall, it was a strong season, even if not as wonderful as the first 2. I’m still very excited for the next season and what is going to happen to everyone.

On a small note: I absolutely love the cast, and I think they are perfect for each role. With that being said, I stumbled upon this comment on Reddit:

I absolutely agree that Alison Brie would also be awesome as Mrs. Maisel. And I ask: there’s any other actors you think could also have been great in this show? For which character?

Regarding some things I didn’t like so much, or that I really liked, SPOILER ALERT. Stop reading if you didn’t watch the season yet.

Episode 5: Lenny and Midget’s “date”. I think it was awesome, and the characters and actors have such great chemistry. It would be GREAT if they got together, at least for a day/night. But unfortunately seems that Rachel Brosnaham begged the series creator not to have them together… I have 2 problems with that:

Ben and Midget scene at the diner: That was an incredible scene, and shows how Midge is egoistical and self-centered. I think that serves as 2 good life lessons for the audience.

Midget’s standup and being fired: WHOA. Yeah, the moment Reggie told her to talk about Shy, everyone saw that coming… That finale was heartbreaking, and now I’m very curious to see what’s going to happen in the next season.