This week I've been listening to Daft Punk a bit. They have recently disbanded, so I think it makes sense to feature them on an issue here!

If you never watched Interstella 5555, I highly recommend it. It's basically an anime made for their album Discovery. I remember watching it with my friends way too many years ago. I think it's time for me to watch it again!

Thought: Band names and song lyrics can sound funny when not in their original language #

That's for people who speak more than one language. Sometimes I like to joke doing literal translations of band names and specially, song lyrics, in my head. That has a weird effect as, even though I understand the lyrics in English, thinking about then in Portuguese makes everything sound weird, dumb, or just odd.

Take band names for example: for ESL speakers, Queen, Rolling Stones, Guns & Roses, they are all just names. We don't associate them with the actual words Rainha, Pedras Rolantes and Armas e Rosas.

With lyrics, they still make sense when thinking in Portuguese, of course. But if you do a more literal translation, it sounds off as expressions can't just be translated, and everything else might not be how we speak in Portuguese. And of course, all the years singing a song in English, will make Portuguese sound just plain wrong.

Nabe made a great post on webtoons: 7 Comfy and Relaxing Webtoon Recommendation. The one featured in the banner is ReLIFE, which is an anime that I really liked, and I absolutely loved the webtoon. I still need to write about it, but maybe in another opportunity. The post got me interested on Roland Roland. I'm not sure when I'll be able to read it - my readlist is kinda enormous right now - but it sure seems pretty interesting.

The author is now currently doing Blue Hearts, which I read a few chapters a couple years ago and I enjoyed it. I stopped reading because the translation had stopped, but now might be time to continue reading it. Considering that ReLIFE features a lot of old Japanese rock and punk songs, I wonder if Blue Hearts comes from the band The Blue Hearts.

Not much reading this week. Was a bit lazy, and also worked a bit more to wrap up stuff. But maybe this upcoming week will be better :)

Last weekend I watched the first episode of Vincenzo on Netflix. It was really cool, but then I saw that it's 20 episodes long, and both my wife and I got too lazy to continue. We will probably wait until it's over, and then see what reviews say about it. Too many dramas start dragging too much - or having nonsense twists - after 12 episodes. So we don't want to have 8 episodes of not-that-much happening. Let's see.

Me and my wife finished rewatching Brooklyn 99 on Netflix, and after a couple episodes of Family Guy, decided to get Disney+ so we can watch Futurama and some other stuff, including Simpsons. Me particularly: Star vs the Forces of Evil. I stopped on season 4 a couple years ago and never finished the show. Now it's my opportunity. It's a GREAT cartoon, and I highly recommend it! 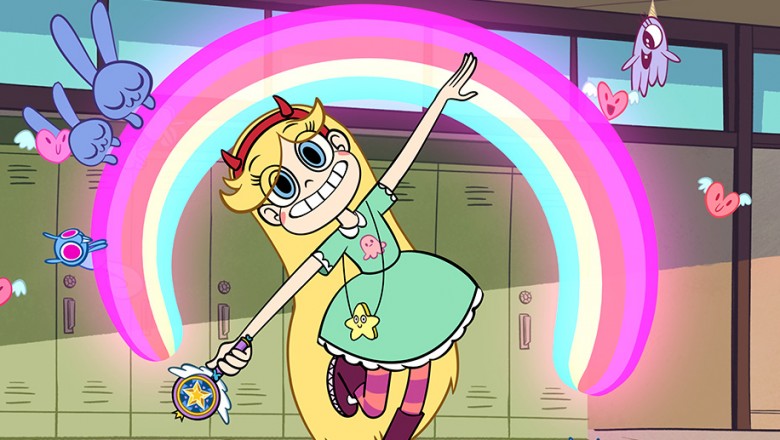 I also started watching Great Pretender on Netflix, after 4 episodes I'm enjoying it a lot. But I'm probably going to pause it for a bit so I can finish Star. I also rewatched a couple of the first episodes of Community on Netflix. I LOVE that show, and it's still very fun on a rewatch.

And finally, we watched Zootopia last night. IT'S SO DAMN CUTE. I always wanted to watch it, and OMG, I need more. Seems that Disney+ is making a show of short episodes for next year.

I got an Asuka Funko to make company to my Rei! They look so cute together

Asuka added to the collection. Now I have the pair XD #FunkoPop #evangelion pic.twitter.com/uRSFJgUvhO

I also started using Notion to organize my watchlist, for both anime and regular TV/Movies. I still use trakt.tv to track and add to my 'watchlist', but that has so many things, that got too hard to manage the priority of what I'm going to watch. And Anilist doesn't allow prioritization, as far as I know, so... This is what I have already been doing with books. Goodreads has years of books added to my 'want to read' list, but on Notion I only have books I already own, that I'm actually going to read. Notion is free, and I suggest everyone have a look at it :) - Notion.so

Random thing for the week: this 'Russian' Simpsons opening.

Nice week overall for me, as I started organizing my lists better. That way, I hope I will spend a bit less time trying to decide what to read or watch. One can dream, right?

Leave a reply telling me how you organize your watch/read lists, I always appreciate seeing those. You can also follow me on Anilist, Trakt.tv and GoodReads.