Better late than never: Geekosaur Weekly is a day late, but still here with some thoughts, music and quick personal updates.

This week I discovered the german band Berge. I discovered then by accident, while I was trying to see if Germany had something similar to the French Chansons (like Georges Brassens). Quite pleased with the finding anyway!

I’ve never been a big fan of New Year’s resolutions, as generally speaking, they don’t work that well. A commitment for a year should be big, otherwise it’s useless, but to make things ‘stick’ and turn into habits, we should aim for small improvements. Besides this contradictory nature of yearly resolutions vs how we change our habits, there’s also a matter of what matters to you. If you commit to learning to play an instrument and then find out you actually hate studying music, what’s left?

That’s why making smaller, monthly and weekly resolutions is probably a better way to actually making improvements in your life and also finding new hobbies and passions.

Maybe your March goal can be to improve your health, and each week you can experiment with different things, like starting to exercise, trying to have a better sleep schedule, or improving your diet.

If you want to exercise your creativity, why not a week for reading poetry, another for trying to draw, another for being more critique and thoughtful on what you are watching?

Anything goes, and I ave to say this is kinda working for me: some weeks I really commit to reading more, and I’m able to do it. Some other weeks I decide to focus on studying German, and I’m able to put a good few hours into that. Then after I have a rough week, and decide to have a more chill week, and put time into taking care of myself and relax, and end up having a beer while listening to a good record on my turntable.

I started reading Mythos: The Greek Myths Reimagined by Stephen Fry. It’s the first in a serie of mythology books, and I already have the second volume on my Kindle: Heroes: Mortals and Monsters, Quests and Adventures. I started to read it now partly inspired by Blood of Zeus, which I resumed watching recently on Netflix. I’m at 20% at the moment. 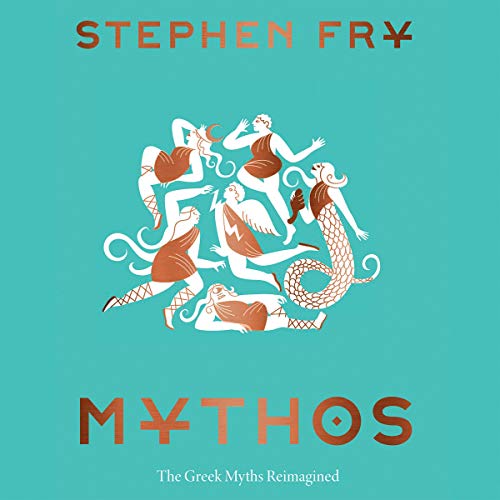 As mentioned before, I’m back at watching Blood of Zeus on Netflix. I’ve started it when it premiered on Netflix, but ended up stopping after a couple episodes. I also started watching Bridgerton (2 episodes in), and High-rise Invasion. But after 4 episodes, I’m not sure how frequently I’l be watching it. I think I’ll finish it eventually, but is not what I usually watch (this kind of battle royale stuff), and it doesn’t seem to do anything exceptionally well. It is fun indeed, but seems rather shallow. It has some fanservice, but it’s too bland to be a reason to watch, and too present that takes away from the blood and psychological aspects of the story.